I’ve just applied to be the “City Organizer” for Jane’s Walk for Second Life for 2015. Jane’s Walk is a series of neighborhood walking tours. Named after urban activist and writer Jane Jacobs, Jane’s Walks are held annually during the first weekend in May to coincide with her birthday. 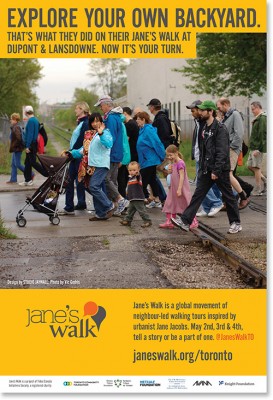 In developing the Pedestrian Access project I’ve been thinking more and more about Public Space in Virtual Worlds, and more and more about the experience of walking. As an avatar, I might say that walking is too fundamental to immersed, embodied, civic and cultural life, to leave it only to fleshvatars.

On 27 March 2015 we’ll be participating in our 3rd Dance Anywhere, and 5 weeks later on 1, 2 & 3 May 2015 we’ll be participating in our 1st Jane’s Walk. If Gracie Kendal, Misprint Thursday, Isabella Medici, Trilby Minotaur, and my Pedestrian Access project proposal is selected by the LEA AIR Committee, then our Jane’s walk will be at LEA18-19-20-21. If we aren’t selected, we’ll absolutely still participate in 1 or more VR Jane’s walks at other virtual locations.

Jane’s Walk encourages smaller walking tours. Instead of one huge walk skimming over a large area, many smaller walks with more detail for focused areas. Jane’s Walks are not for tourists! They are for residents to dive deeper into the place where they live. 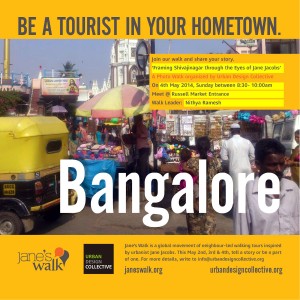 It would be great to have residents of SL, and any other virtual worlds, lead walks of neighborhoods they know best. Imagine the treat of walking through World of Warcraft with Ironyca Lee. Or exploring VR Kowloon with RMarie Beedit. Or the neighborhood of Maid Cafe Blossom with Reimy Kohime.

Where is your VR neighborhood? What is special and valuable to you? What VR Jane’s Walk 2015 would you like to lead? 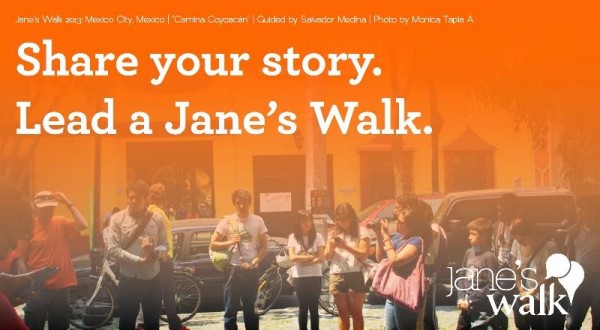