But not what I mean by livable.

And while it has very nice sidewalks, not what I mean by walkable.

This curious situation made me think back to what Jane Jacobs liked about a mixed use street. The kids went out to the street to play, and they tended to be safe because there were eyes on the street. Next to your house might be a small grocery store. Next to that maybe a couple of neighbor houses. Then a hair salon. When you or the neighbors were buying groceries or getting your hair done, you were also keeping an eye on the kids. Your kids. Neighbor kids. All the kids.

Does this active life of the street translate to a virtual world like Second Life? I think it does.

That grocery store is big in RL. Not so relevant in SL. The hair salon: big in RL, and huge in SL. Clothes, shoes & skins too, often very busy places. What else draws a crowd? Dance clubs! Art Openings.

Maybe the VR equivalent of Jane Jacobs robust New York City street would be an SL block where Pearl had a studio, next to a hair salon, next to Elle & Veyot’s studios, next to a dance club, next to a lab where Neeva drops physical prims on poor Edie’s head. Now that’s a block you want to walk! Or at least a block that I want to walk.

Since it’s an LEA sim, we can’t actually bring in a for-profit hair salon. But maybe that socialist Bernie Sanders’ niece Comrade Agnes Sharple could open a free store. Yuri could open a dance club. Peeps could open studios where they actually work and make new art projects. That’s starting to sound like a sim worth walking.

My thoughts on Livable Architecture cover additional issues, and I’ll talk more about them later. But for Walkable Urban Spaces I do think a mixed use grid of popular elements makes sense. What I’m realizing is that, I think for VR, Walkable Space is different from pretty, or idyllic space. If it was that, we’d have a home run at LEA1 right now. But as I said at the top, while RL peeps might pay bank to hang out at a place like the current config of LEA1, I don’t feel like it has that much to offer to avatars. Some hair, or free t-shirts, a dance club, and artists and others making work and hanging out with friends, that is walkable because there’s enough interesting stuff there, you want to walk it!

What do you think??

I was talking to Savage Taurus earlier today and he suggested having nodes sort of as seeds to start a neighborhood.

What if we played Urban Planning Dominoes?

Here’s one way it could work: we start with 4 peeps, like Agnes, Yuri, Elle & Count von Tsuki, for example, rezzing 15x15m installations in the 4 quadrants of LEA1. Then everyone else is invited to play:

I think that would do it! But please check me and see if you see any issues with it.

A VR game of dominoes! Or The Game of Life! Very cool.

After Phase 2, I think we might spend a week in a Sculptural Interlude, where instead of buildings, we make sculptures. Lots of twisted prims. Lots of Neeva-style prim sculptures suddenly turned physical to see what happens.

After a week of Sculptural Interlude, we could do Savage’s Architectural Dominoes Game as Phase 3.

What do you think? 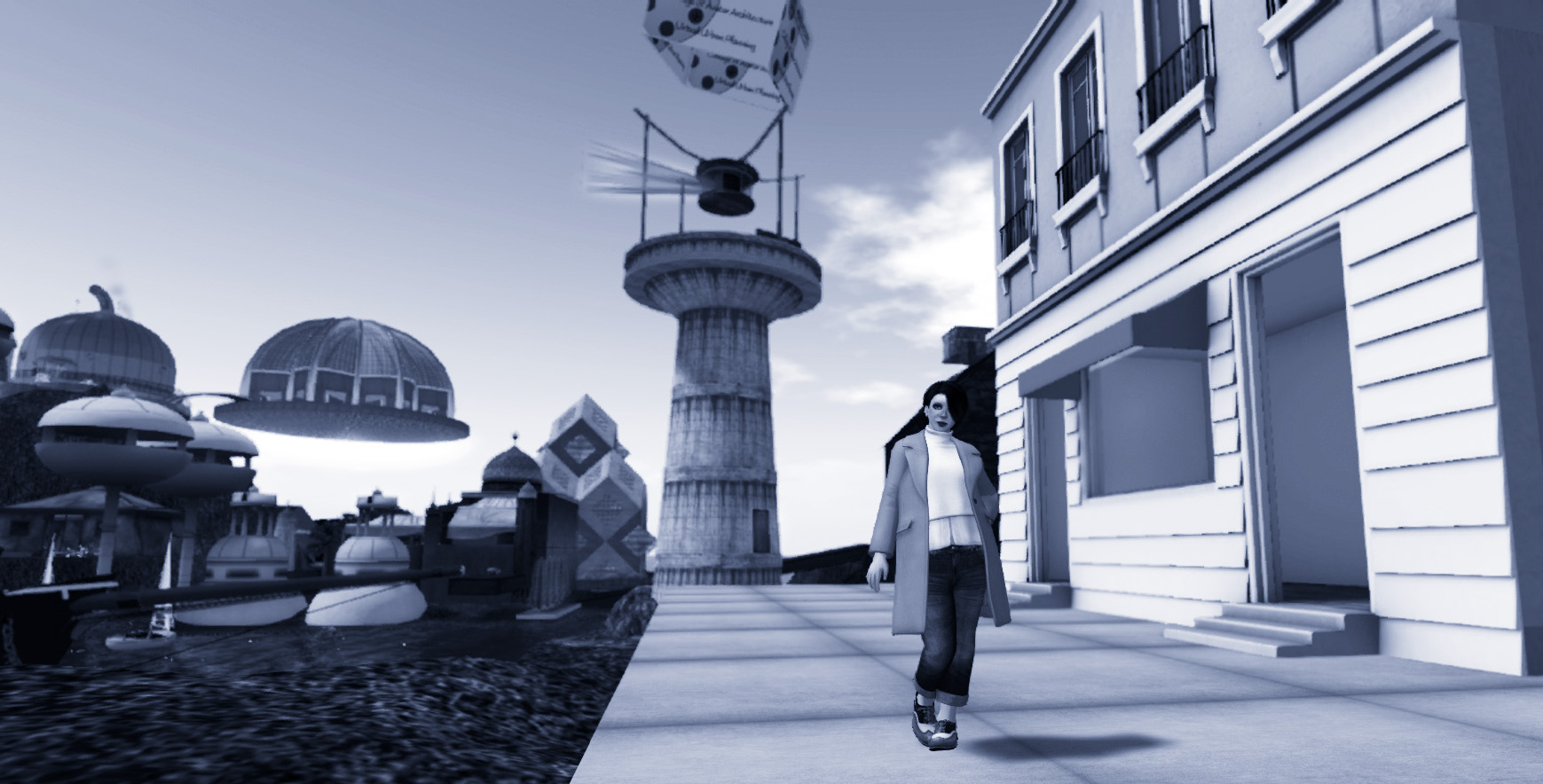