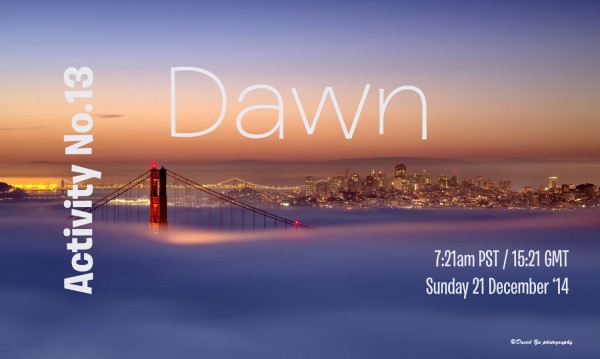 This Sunday, 21 December, is Solstice. If you’re in a Northern Hemisphere city like Rome or Vancouver, it’s Winter Solstice, the shortest day of the year. In a Southern Hemisphere city, like São Paulo or Auckland, it’s Summer Solstice, the longest day of the year. As inhabitants on a pale blue dot hurling through a whole lot of cosmic nihilism, it’s a day worth stopping and marking. People who do agriculture know about these sorts of things. Many of us city dwellers don’t pay so much attention.

Mr. Edison’s light bulb has not only made it possible for the majority of us to be permanently sleep deprived, it’s also obliterated the Milky Way Galaxy, in which we live, from our view. Our ancestors had the nightly experience of viewing the 100 billion star Milky Way Galaxy. It’s disappeared for us. For us “Milky Way” is only a candy bar. For us the grandeur of the cosmos has been replaced by 21 grams of sugar and 19 grams of saturated fat. 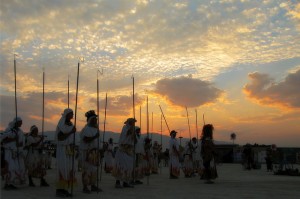 The Things We Notice

Still, whether you live “topside” or in The Matrix of a virtual world, we shouldn’t allow a day like this Sunday to come and go without notice.

If San Francisco & Silicon Valley are the Prime Meridian of our new media age, then we might as well watch sunrise on Solstice Day, 21 Dec at 7:21am PST, the time it happens there. And, coincidentally, the sun also rises at 7:21am SLT.

You are invited to an all-night campout to watch the full moon, the night sky, and the dawn of solstice day. Lucky for us, while Solstice “night” in San Francisco is 14-1/2 hours long, in SL it’s only 1 hour.