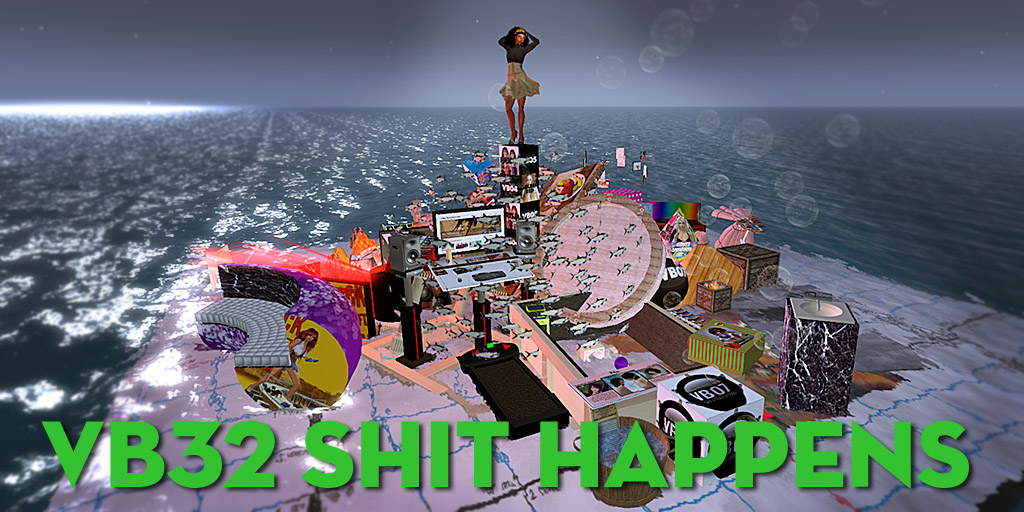 Have you noticed that their stuff is shit and your shit is stuff?

I’d been thinking about how, in physical life, one’s possessions are often such a significant part of their identity, and that it would be interesting to create portraits of avatars and their “stuff.” In remarkable serendipity, Misprint Thursday had not only also been thinking about stuff / shit, but she’d been awarded six-and-a-half hectares of land and resources by the Linden Endowment for the Arts to think about it. She generously offered the use of her LEA14 “Mausoleum” space for VB32 and we invited avatars to come down, claim a 15x15m square of space, make a pile of their worldly possessions, and stand on top of it.