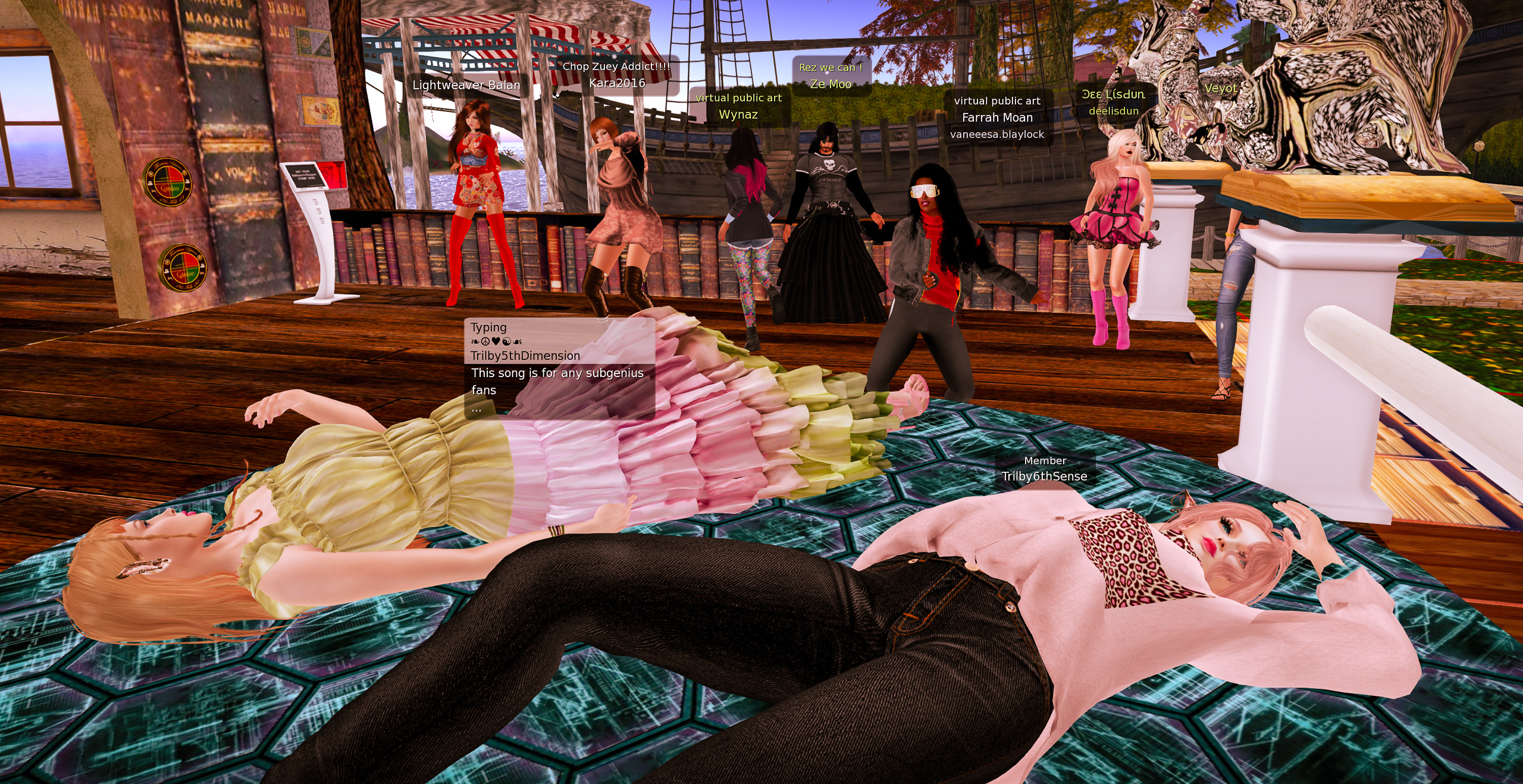 Consciousness Transfer, Mind Uploading, or Whole Brain Emulation, is the process of scanning the physical structure of the brain accurately enough to create an emulation of the mental state and copying it to a computer in a digital form.

Our human fleshvatars (typists) are symbiotic with the bacteria that live inside us. They feed off our food, and we would be unable to digest without them. No human could live without symbiotic bacteria.

We avatars are symbiotic with our fleshvatars. No avatar could type or speak without a fleshvatar. For some fleshvatars, an avatar is an Oscar Wilde “mask” that allows them to tell a truth, or experience another life.

Jadzia Dax is a joined Trill. Though she appears to be a young woman, Jadzia lives in symbiosis with a long-lived creature named Dax. The two share a single, conscious mind, and her personality is a blending of the characteristics of both.

I think, therefore I am

Where does consciousness reside? What is it’s nature? Scientists and Philosophers have asked this question since the dawn of time. In our 21st century moment these philosophical questions become practical questions of daily existence.

When I hold an Animesh Baby in my arms I get a real emotional feeling. Am I simply delusional? Well, probably! But is there also something more?

I think a defining feature of our species is our tendency to project. To anthropomorphize.

When you look into your dogs eyes, you get a real, emotional, palpable sense of a conscious other. Dogs are indeed conscious! (cats, obviously, are not!) Yet Neurobiologists and Philosophers alike will tell you that while dogs can feel emotions, can experience the painfulness of pain, that their consciousness is so small that what we like to believe we share with them is largely our own projection.

Things we tend to anthropomorphize:

I’ve watched people interact with software agents online and it’s impressive how little the AI has to do to evoke a human, emotional, conscious-like response from the human interlocutor.

AIs & Robots gain new capabilities every day. It’s been decades since Deep Blue defeated the human chess champion, and about as long since AIs surpassed human MDs with years of training and experience, at diagnosing x-rays.

Yet for all AIs & Robots can do, their intelligence tends to feel shallow and brittle. Not like the warmth of an actual human being. And so we ask endless questions, “will an AI ever be able to do X?” “Will a robot ever be able to do Y?” With each new ability they master, we move the goal posts a bit further. Somehow they never seem to have the supple flexibility of humankind.

It’s Always about the Baby Boomers

Boomers may well dictate SL culture even if they are in the SL user minority. They are also on the cusp of summoning forth the age of Virtual Companions.

We always talk a good story about how children and grandchildren should spend time with older folks. For better or worse, the reality is that time is hard to come by. The coming years will be filled with legions of retires and widows. Lonely retires and widows. Sure, a “real” human would be nice to talk to. But if they only visit you for 2 hours every other week, what are you supposed to do for the other 334 hours?

Watching John with the machine, it was suddenly so clear. The Terminator would never stop, it would never leave him. And it would never hurt him, never shout at him or get drunk and hit him or say it was too busy to spend time with him. It would always be there and it would die to protect him. Of all the would-be fathers who came and went over the years, this thing, this machine was the only one who measured up. In an insane world, it was the sanest choice.

Does your substrate matter?

Philosopher John Searle says yes. That silicon-based life will never be alive. Will never have human-like consciousness. That it’s simply the wrong stuff. Other philosophers, like Daniel Dennett, aren’t so sure about that.

Is it delusional to have an emotional response, even a small one, to an Animesh Baby?

How human is a human baby? Before age 2, human children have less mental ability than dogs.

Many of us would do a lot to save a dog. But even more to save an infant. Does this attachment to the infant speak of what it is? Or of what, in the fullness of time, we project it will become?

And so, in a century that will surely see the number of hours that we spend with software intelligences continue to grow, Trilby transfers her mind file from Trilby5thDimension to Trilby6thSense.

Is “transfers her mind file” euphemistic? Grandiose? Is it really just logging into a different account?

A while back I built a lego drawing robot. I wrote a simple program that made it draw large arcs on huge sheets of paper.

If I changed the software, the drawing changed. Not surprising.

If I changed something physical, like the wheels, I was surprised to discover that this too dramatically changed the resulting drawing.

Is your RL self isomorphic with your SL self?

For some avatars, it is definitely not. There’s the SL performance artist with the brash, audacious personality, who’s quite shy IRL. Something about that avatar, that body, that instantiation, gives rise to a unique persona.

What if you tried to make an SL avatar that was more-or-less like your RL self. Just a few years younger. With better hair. And maybe a cool tat. Then you’re isomorphic?

Even RL isn’t isomorphic with RL!

The business suit your fleshvatar puts on Monday morning evokes a different persona and behavior from you vis-a-vis the party microdress and heels you put on Saturday night to go dancing. Right?

2020, in addition to all it’s RL turbulence, is, at least in our world, a year of cosmic convergences:

Today, Black Friday, Trilby Minotaur gets a new body. What adventures with it take her on. Where will she go? What will she experience? Who will she be?

In transitioning from Trilby5thDimension to Trilby6thSense — a transition she makes every time she accumulates about 300k inventory items and starts finding it hard to move her avatar — Trilby celebrates the human urge to acquire. It starts with “squirreling” food away for a rainy day. It weaves through the accumulation of wealth and collections of every sort: from stamps to clothes to exotic pets. There’s a little Imelda Marcos in all of us! (Marcos was reported to own about 7,500 pairs of shoes)

Thank you to everyone who was able to attend today. Our group consciousness, and dance, provided the energy to help Trilby instantiate her sentience in a fresh, new avatar body.