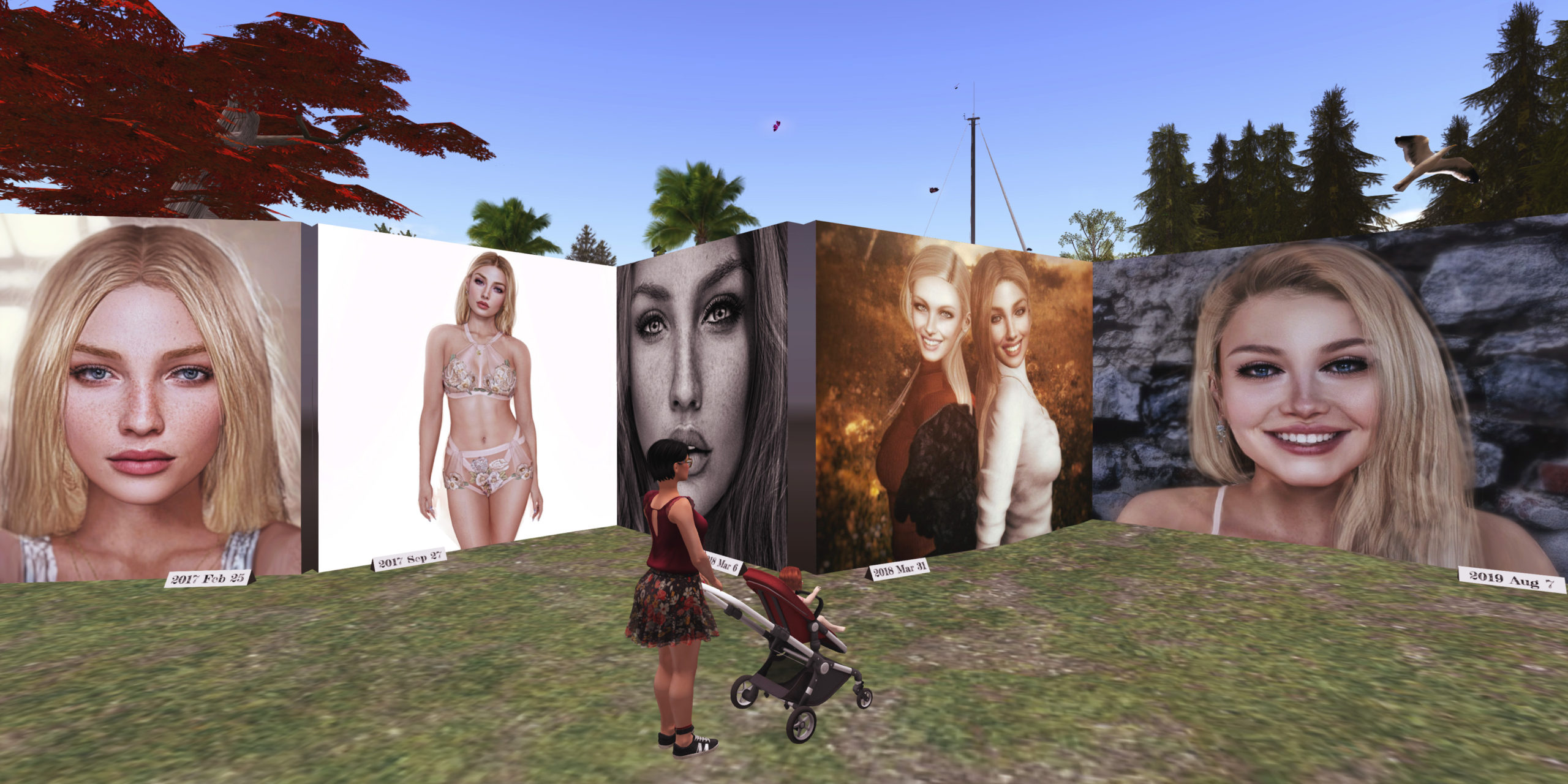 A Year of Turbulence

2020 has been an interesting year for avatar culture. In the 1st quarter of the year a global pandemic sent everyone who could work from home, home, to work, play, and stay there for as long as possible. Then at the midpoint of the year, Linden Lab, maker of Second Life, was sold.

The first event led to an influx of new and returning virtual residents. The second event has led to predictions ranging from “death spiral” to “new golden age.” It doesn’t seem like Second Life will end anytime soon. Still. The sale of Linden Lab is a reminder that most of today’s SL residents will live longer than SL itself.

When your nation crumbles in civil war, when your platform is unplugged, many lives are lost. But some survive and become a diaspora, a scattered culture. IRL refugees make difficult journeys to different nations that often don’t want them. What would an SL diaspora look like? Those who survive might try to carry on with life in Fortnite, Minecraft, Sansar, Facebook, or even RL Zoom spaces.

And what of the Second Life culture that once was? How does a refugee from Damascus live in Ankara? How does a refugee from Second Life live in Animal Crossing? Will you speak the language? Will the locals greet you with open arms? Or resentment? Or will they greet you with open arms with the unspoken condition that you will assimilate their culture and leave your own behind?

Becoming a refugee can happen quickly. Not a lot of time to think or pack. The journey, if you survive at all, will be long and hard. What few, precious things would you bring along if you had to escape from a crumbling Second Life in a short time. What few tokens of a culture that once was would you strap to your back as you swam across a turbulent ocean hoping for a new life on some distant and unknown shore?

For me, among the few memories of who we were here, I would have to bring with me the photographic self-portraits of Connie Arida. If I wanted to remember our culture that was, and share our aspirations with my children and grandchildren, I can think of no more ambitiously understated and loving poem than Arida’s 14-year oeuvre.

While you will see a great evolution across the 14 years of Arida’s project, make no mistake, you won’t be seeing anything that looks like “Ruth,” the early and terrifying SL default avatar. Arida has always made use of many customizations. They latest specialty attachments by every maker on the grid. Her own customizations of shape and skin. Early prim attachments. Early mesh. Windlight. Photoshop.

Arida’s work has never been a document of the average avatar on the street. It has never been a recreation of how a moving, animated avatar might look. For 14 years now Connie Arida has relentlessly strived for an impossible ideal. In a world of pixels, a world of often broken, twisted, and tortured pixels, Arida has consistently aspired to verisimilitude.

If Arida’s oeuvre is not a document of the common avatar, why then do I think it is such an important document to carry into our diaspora of the future ruins of SL? If walking through this exhibition of the years of her work is not a chronology of avatar technology, what is it?

For many people Ansel Adams is the quintessential straight photographer. Indeed, he helped found “Group f64” a photography group that sought to discard the “painterly effects” of earlier photographers in favor of a deep and clear focus. Yet those well familiar with Adams’ oeuvre will know that he was not a “straight” photographer at all. Adams always engaged in extensive darkroom manipulation of his images. Adams referred to his darkroom interventions as,

The gods of RL go by many names. 9 Billion Names, according to Arthur C. Clarke. For residents of Second Life, the gods are Philp Rosedale Linden and his now many progeny.

In his book, “Maui the Demigod,” Steven Goldsberry writes that after creating the first humans, the gods said, “this is the best we can do” and left. It was up to Maui and the other poor humans to build a better existence for themselves.

For all his deep focus and image clarity, Ansel Adams was never a realist. Connie Arida is not a realist. He was, and she is, a romantic. They see things not as they are, but as they should be.

There are conditions of the physical world that can be objectively determined. Cancer is a disease that can kill you. The earth is spherical, not flat. Culture and “Reality” are not of this type. Cultural reality is whatever we agree it is. In the comment threads of a blog post I recently read a riposte from one commenter to an earlier commenter,

“you don’t understand Bitcoin because you think money is real”

It was an insightful comment. The earlier commenter had considered the little slips of paper that nations print, or the virtual “Visa Card Numbers” that banks distribute, to somehow be “real,” and Bitcoin to somehow be “fake,” when all of it is something that we collectively do, or do not, agree to believe in.

If Camelot existed at all, it was unlikely to come anywhere close to the romantic notions we ascribe to it. Yet it has become an ideal for us to aspire to. On my best avatar days I don’t look as good as Connie Arida’s worst photograph. Her work shimmers like divine sunbeams through a Gothic Cathedral’s rose window. Her work shows us how much humanity, how much love, how much longing, how many aspirational dreams can fit in a finely tailored flat screen of pixels.

Even if, like me, you never look as good as a Connie Arida self-portrait, I hope in viewing this retrospective exhibition of her work you are inspired to consider the best of who we are in this world. I hope that you are inspired to celebrate every day with the wonder and amazement that for one shining moment we lived in a world called Second Life.